Return to Home, Goto Next Section

The Nike system was originally designed for the Surface-to-Air mission - destroying high flying aircraft - similar to the World War II problem, but made much more difficult with the introduction of:
- Jet engines - aircraft flew higher and faster
- Nuclear weapons - one aircraft with one bomb can destroy a city.

The larger Nike Hercules superceeded the Ajax with:
- longer range ( 100 miles vs 25 for the Ajax )
- ability carry to a nuclear warhead to destroy multiple aircraft
- greater range resolution to reduce confusion with close flying aircraft

The Hercules (Surface-to-Surface Mision) could also be set to attack fixed or slow ground targets with a nuclear warhead at a range of 100 miles. ( ? A variant in Korea could use conventional warheads ? )

While the TTR is tracking the target, target-present position data (elevation, azimuth, and range) is continuously supplied to a computer system. The target ranging radar (TRR) is slaved to the TTR in elevation and azimuth. During enemy-countermeasure activities, target-range information is provided to the computer by the TRR and elevation and azimuth information is provided by the TTR.

A missile tracking radar system is electronically locked on the designated missile while the missile is still on a launcher so that, alter launch, this radar system can supply uninterrupted missile position data to the computer system. The computer system continuously supplies data to two plotting boards which enable the battery control officer to determine the optimum time to launch the missile.

b. When the missile is launched, a rocket motor cluster provides the initial thrust and separates from the missile in approximately 3.8 seconds at approximately 3,500 feet. The computer system continuously calculates a proper missile trajectory, as determined by the target and missile position data being supplied by the tracking radar systems. 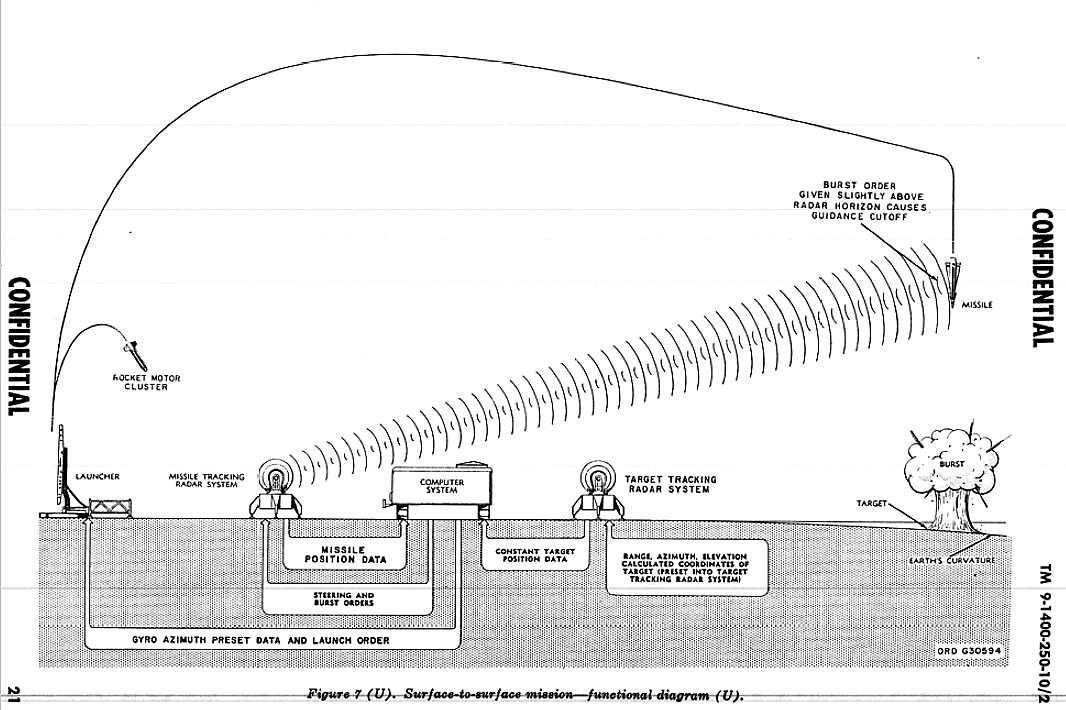 In a surface-to-surface mission (fig. 7), the acquisition radar systems are not used because the target position is known. 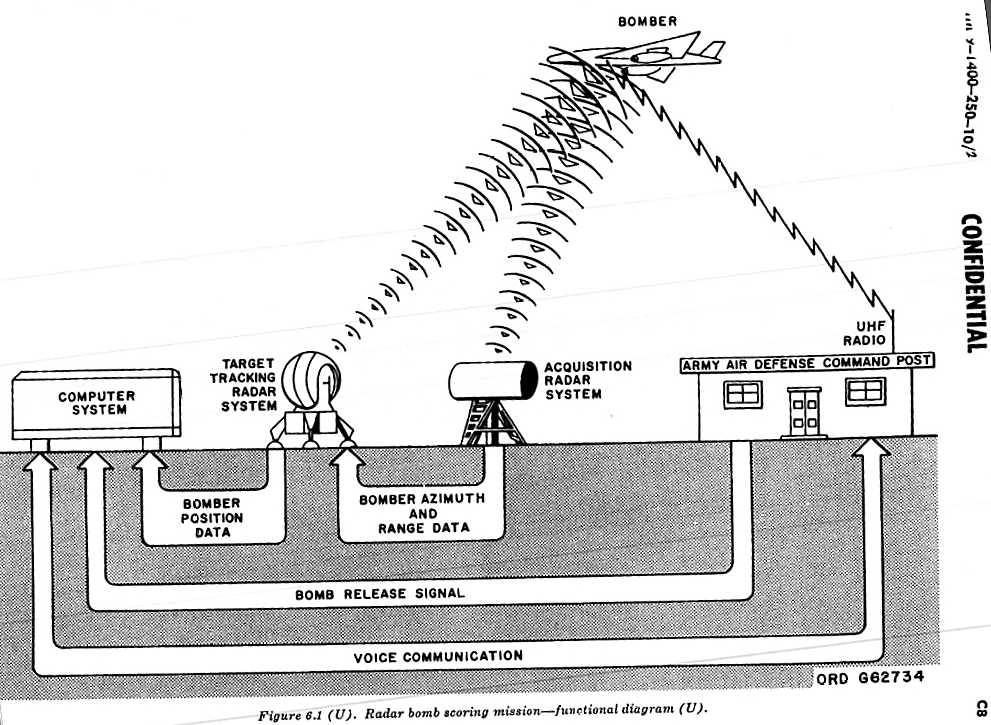 c. Auxiliary equipment, consisting of an RBS control unit, an RBS scale factor unit, and communication equipment, is added to the Improved NIKE-HERCULES System for bomb scoring missions only. The auxiliary equipment is Air Force materiel and is normally operand by Air Force personnel.